Wheeldon Lane was a main throughfare in the days of the Dog Kennels – and it also marked the western boundary. It ran south from Low Pavement down to the Ragged School and thence over the River Hipper towards Boythorpe. 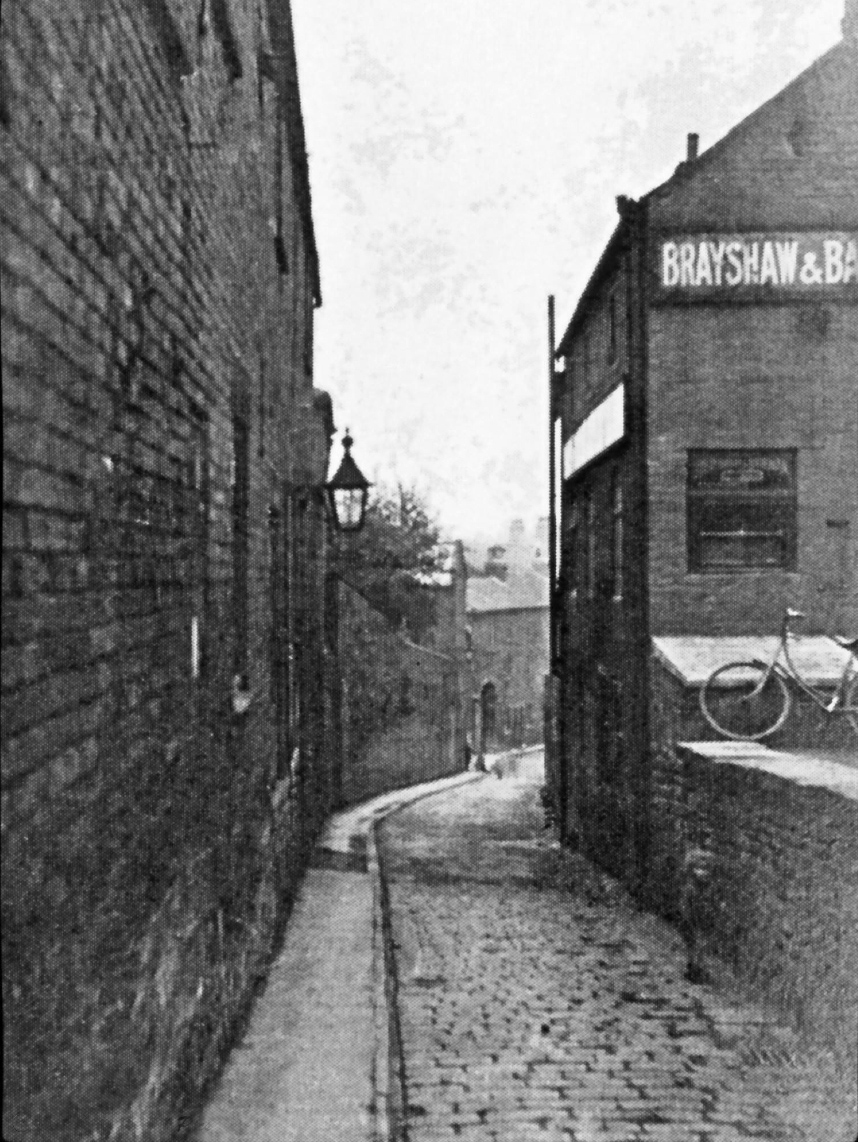 Wheeldon Lane photo taken looking down from the Market Hall end. Brayshaws was a printers after Masons Tobacco factory was moved to Spital. 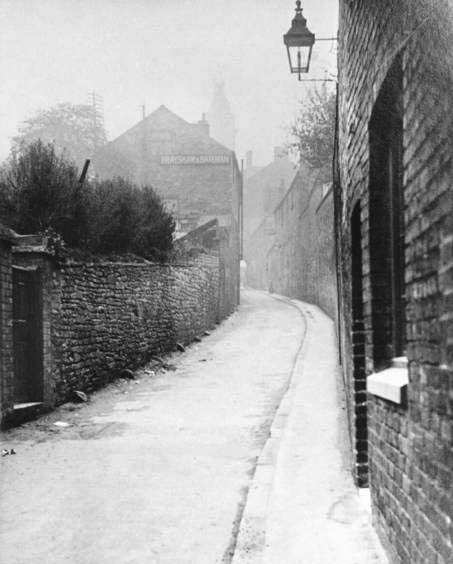 Wheeldon Lane looking towards Market Hall – you can see the archway where the lane opened out into Low Pavement opposite the Market Hall right in the middle of the picture.

What’s in a lane?

In the 1860s, the newspaper reports from Chesterfield Police Court regularly featured the occupants of Wheeldon Lane. This ancient Chesterfield Street gained such a bad name that in 1874 a deputation of local tradesmen and property owners went to a Town Council Meeting and demanded something be done about this nuisance. 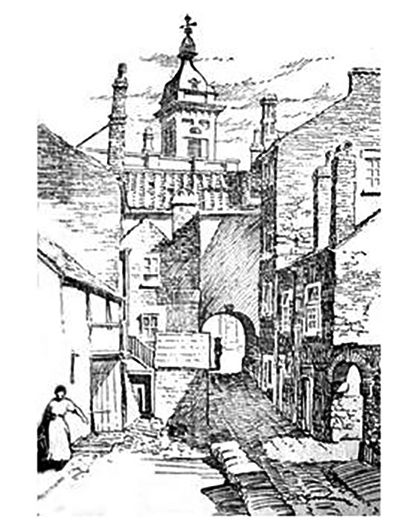 The arched entrance to Wheeldon Lane opposite the Market Hall

Wheeldon Lane is thought to have been named after a prominent 16th century Chesterfield family, and was possibly earlier known as ‘Steppestone Lane’ as it led down from the town to a crossing over the river Hipper.(W.E. Godfrey. Soutergate, a lost Chesterfield street. 1936).

By 1803 Potter’s Plan of Chesterfield (Chesterfield Library) shows a carpet factory with a steam engine on the lane, and trade directories of the period record Samuel Brown as a carpet manufacturer of Chesterfield. (Holden’s directories 1805 and 1809).
The site of the factory is now occupied by the exit barriers of the Pavements multi-storey car park.
Maps show two courtyards on Wheeldon Lane; one near the top with a large house on the east side and poorer housing on the west side, and another court at the bottom of the lane near the river. The narrow public footpath running east from the north-east corner of this bottom court was called the Dog Kennels, as was the area it served. In his history of the Ragged School, D. Botham noted, ”Dog Kennels was the name on the blue enamelled sign that still rusted on the wall sixty years after the alley closed…” (D.F. Botham. A brief history of the Ragged School. 1998).

By 1836 the Burgesses of the Borough of Chesterfield were using their “new borough court in Wheeldon Lane” (Derby Mercury 12 Oct 1836); this building stood in the east side of the courtyard at the top of the lane near Low Pavement, on land owned by William Waller in 1849. Waller also owned the large house and garden to the south of this property. (Chesterfield tithe map and award 1849).

In 1849 Wheeldon Lane had two boot and shoemakers, a cooper and a lace factory. John Walker Waterhouse previously had the lace factory on Wheeldon Lane, and made national news in 1846 when he perfected a machine-made lace, which closely resembled fine Mechlin lace. By 1849 the lace factory was owned by John Thackeray & Son, and John Thackeray also owned the other industrial building to the south by the river, namely the iron foundry worked by John Wordsworth. Wordsworth’s mother was Ann Mason, and his cousin was George Mason who owned property in Wheeldon Lane, and who had a tobacco warehouse at the southern end of the top courtyard.
Across the river at the bottom of the lane was the Wheeldon Lane cricket ground used by the Chesterfield Cricket Club. (Derby Mercury 4 Jun 1823).

By 1851 Wheeldon Lane was home to 15 households consisting of a total of 56 people, whose trades included labouring, shoemaking, ironstone mining, pill box making and cotton spinning. One household included a schoolmaster. The neighbourhood was however falling into a decline, and in April 1852 two women were convicted of robbing a milkman in Wheeldon Lane as he returned home from his round. (Sheffield Independent 10 Apr 1852).

Brampton man John Silcock’s arrival in Wheeldon Lane in the mid-1850s heralded more problems. In 1858 he was described as a shoe maker (Derby Mercury 27 Oct 1858); by 1861 he had a beerhouse with a concert hall, and lodging house called the ‘Jolly Waggoner’. His concert hall was known as the ‘Princess Concert Room’, and the premises were all in the former lace factory (John Hirst. Chesterfield pubs. 2005).

On the night of the 1861 census there were 64 lodgers at the Jolly Waggoner. Another lodging house in Wheeldon Lane had 6 lodgers and Wheeldon Lane had suddenly become very densely populated. There were now 40 households, more than double the number on the previous census, and these were occupied by 247 people, 68 of whom were born in Ireland. Men outnumbered women by 3:2. The census shows a wide variety of occupations, including 4 sailors from Portsmouth, but labourers and colliers predominated.

In March 1864 John Silcock was prosecuted for allowing prostitutes to assemble in his beerhouse (Sheff. Ind. 28 Mar 1864). Over the next few years there were numerous fights, robberies, burglaries and assaults reported in Wheeldon Lane. Silcock cannot be held totally responsible; he had lost his licence and moved away by 1871, but others, including Charles Rodgers (Sheff. Ind. 9 Feb 1869) and George Madin (Sheff. Ind. 9 Mar 1875) were keeping brothels in Wheeldon Lane, and the local tradesmen said that the area was “a great scandal to the town, a nuisance to the rate payers, and a burden upon the rates, for fully one half the crimes of violence and nearly all the robberies from the person committed in the town arose there.” (Sheff. Ind. 15 Oct 1874).

The Town Council and Police were sympathetic to the deputation of local tradesmen, and the Mayor promised that every effort should be made to abate the nuisance. Their measures worked, and by 1882 a history of the town reported “Wheeldon Lane, out of which immorality used to stalk unblushingly to net its foolish victims, is purer; and the Dog Kennels are not so often the scene of riot and wild debauchery.” (Pendleton & Jacques. Old and new Chesterfield. 1882). The old lace factory-turned-beerhouse achieved a dramatic transformation in the 1880s when it became the Ragged School and Mission Room. The school was licensed for marriages in 1890 (London Gazette 18 Feb 1890).

In the 20th century various stopping up orders brought the use of the lane to an end, and the Pavements multi-storey car park built in 1983 obliterated most of the site (Stopping up notice, London Gazette 4 May 1978). Yet a small piece of Wheeldon Lane still survives today, running alongside the Ragged School, and a small part of the old footpath called the Dog Kennels is still there, now a bricked-up passageway at the back of the Ragged School.

Reproduced by kind permission of LesleyPhillips 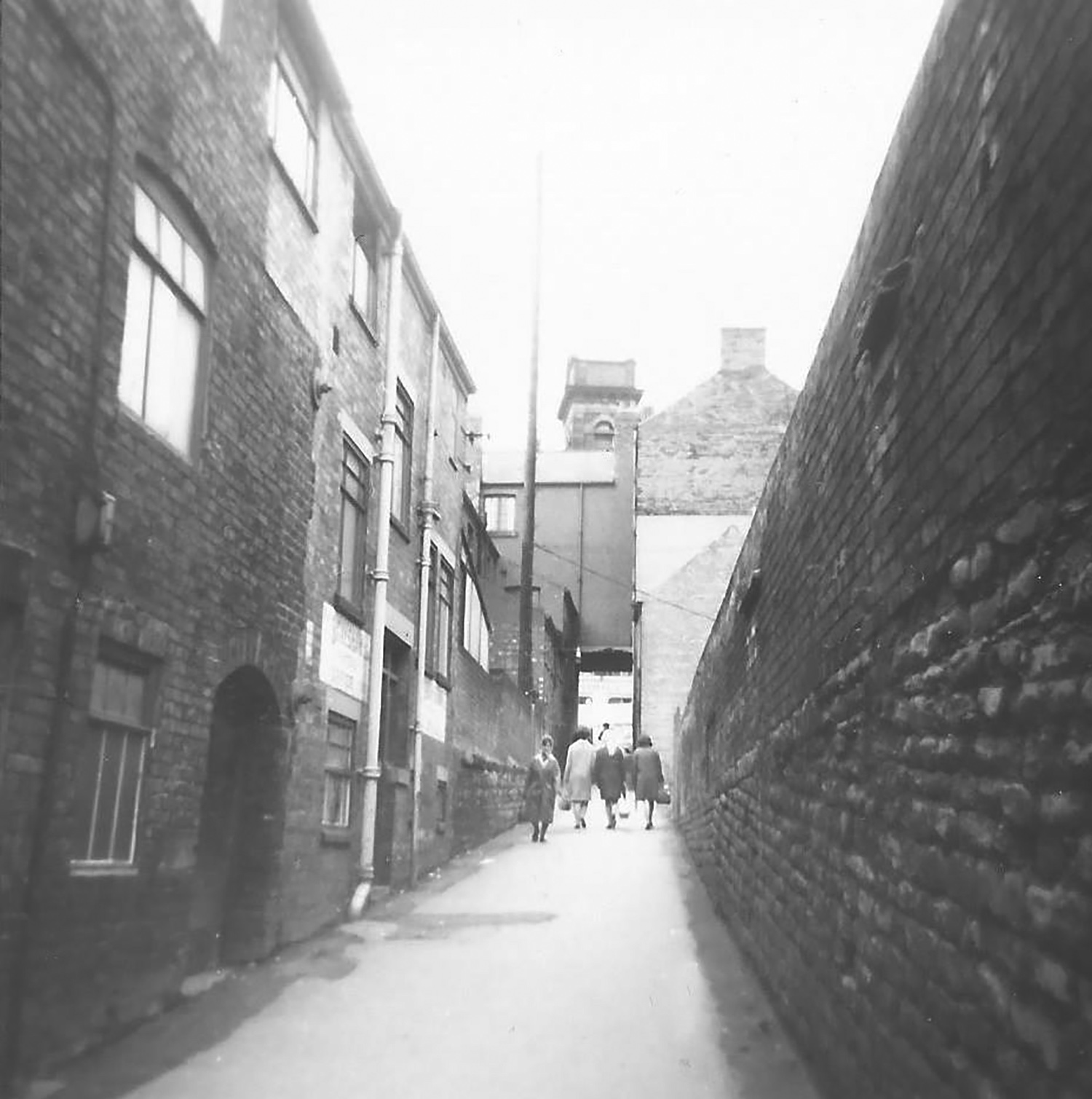 Further up from the last photo, Wheeldon Lane looking up towards the entrance opposite the Market Hall. 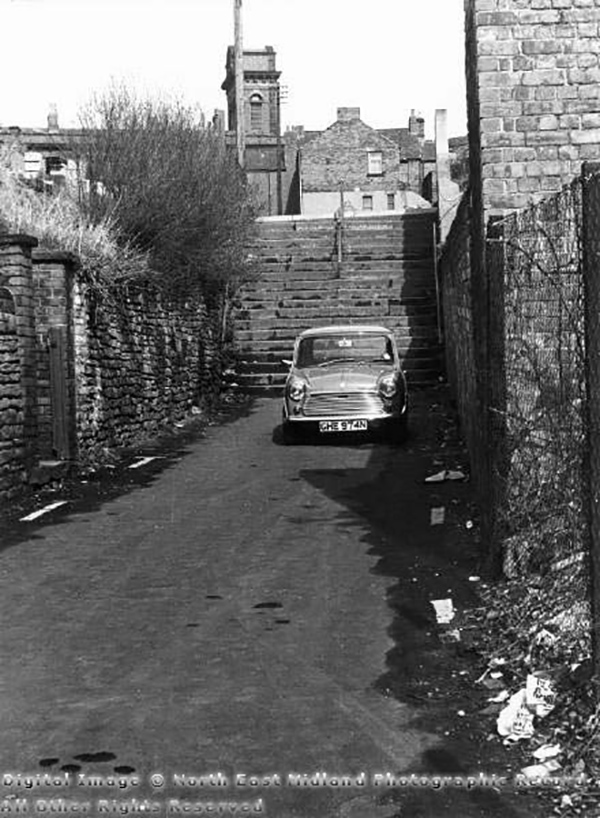 The steps that were created when New Beetwell Street was built. This picture is looking towards the Market Hall from the entrance to Wheeldon Lane just past the Ragged School on the right. Probably taken in the 1960s. 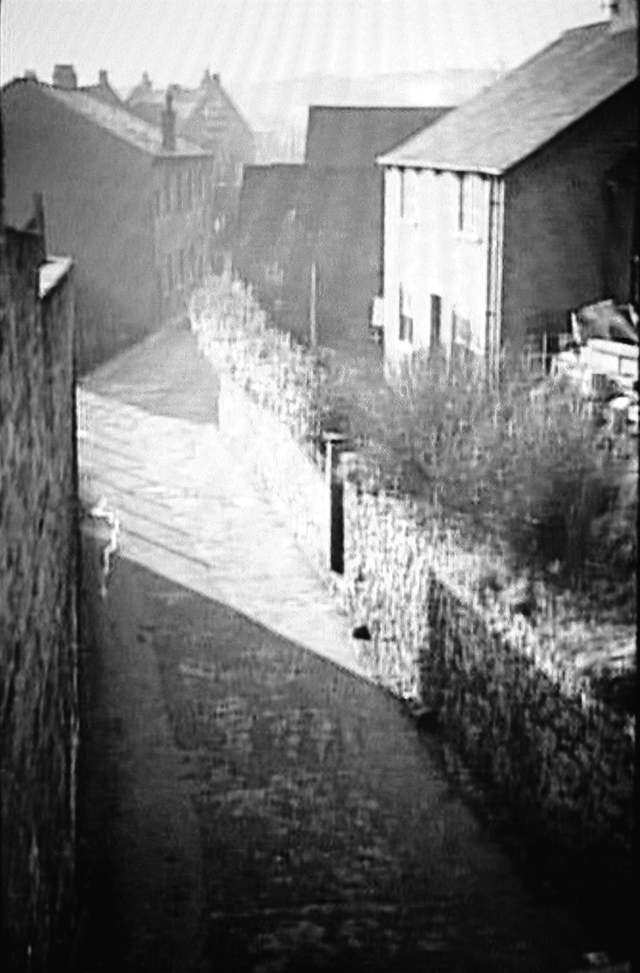 The view south from the steps. Ragged School on the left and Queens Park Hotel beyond. 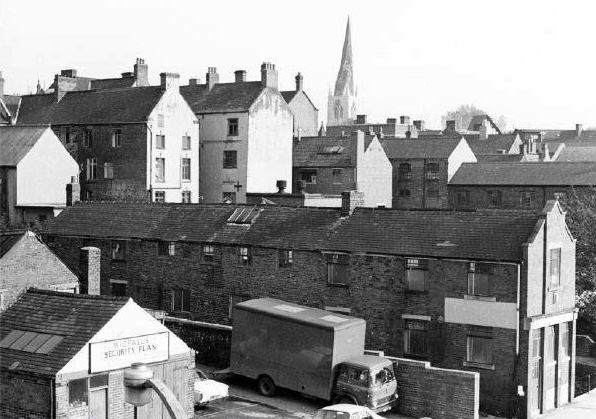 Beetwell Street in the 60’s – Wheeldon Lane to the right of the large building in the centre of photo. 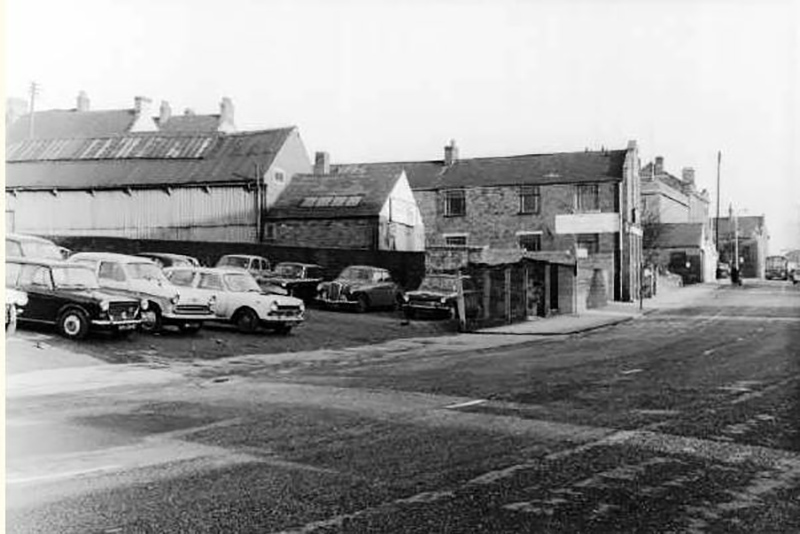 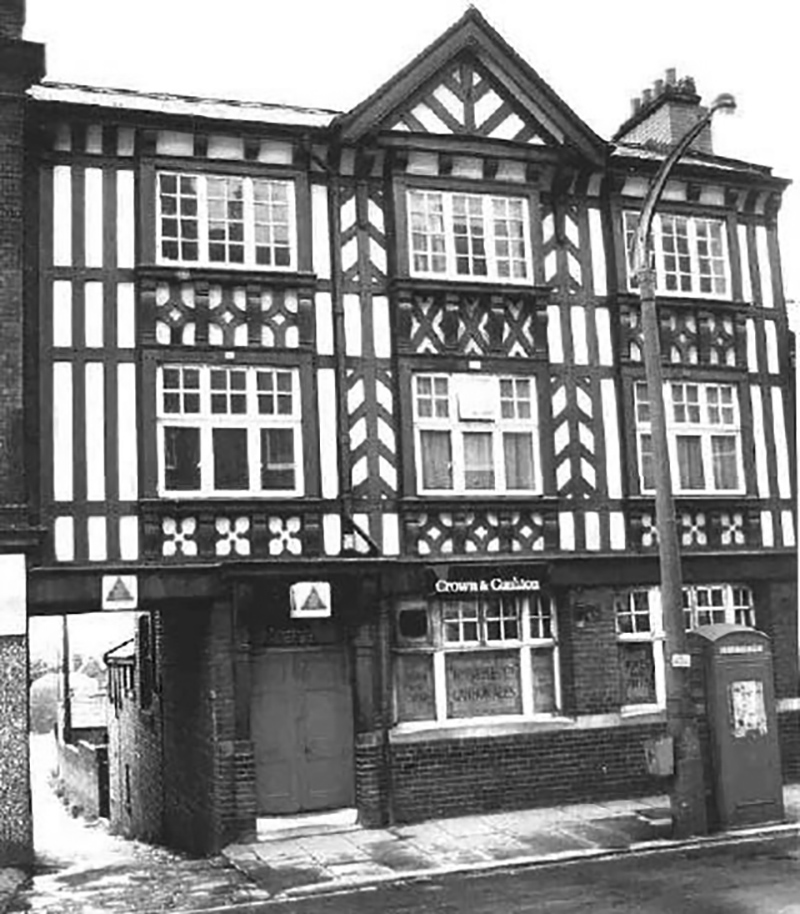 This where Wheeldon Lane emerged onto Low Pavement.