The Dog Kennels of Chesterfield


In 1912 the area of Chesterfield known as the Dog Kennels was demolished – this website seeks to collate all and any information/photographs to commemorate the end of an era when people lived in the harshest of conditions in the last of Chesterfield’s most famous slum areas. 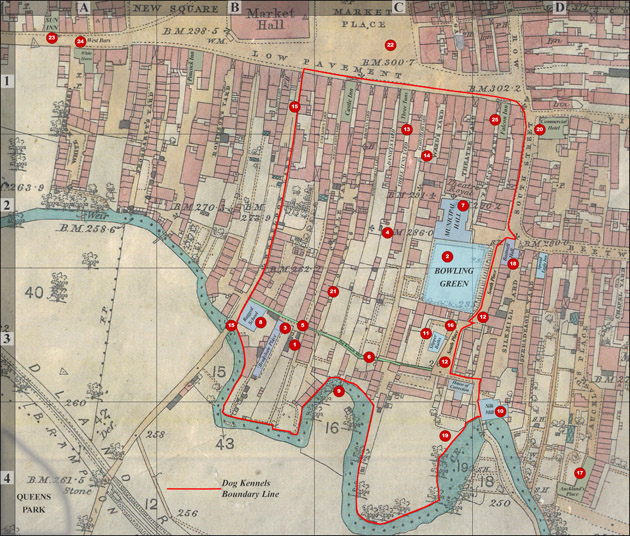 Originally the long yards had shops and houses at the top of the yards on Low Pavement – the rest of the yards were given over to gardens and orchards as per this old map of 1827. 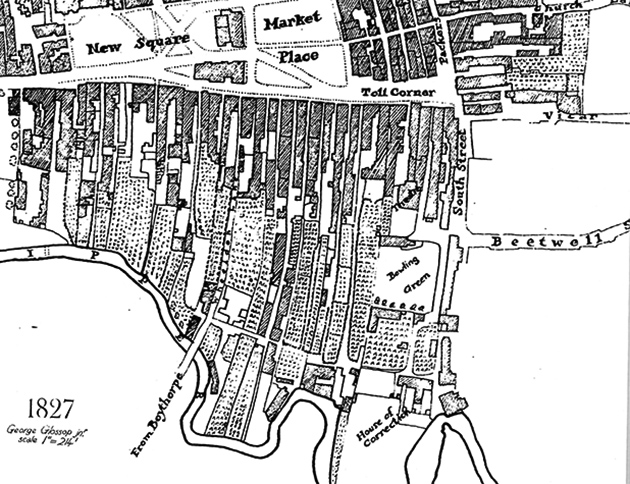 Over time the gardens and orchards gave way to homes, factories, workshops, inns, boarding houses, chapels and over populated housing – leading to the decline of the area.

Charles Markham and the end of the Dog Kennels

“The Local Inquiry for an Alteration of the Boundary of the Borough of Chesterfield began on Wednesday 17th February 1909 in the Stephenson Memorial Hall, before the Local Government Board Inspector, Major CE Norton, RE, he found himself presiding over acrimonious proceedings which lasted for no less than six days until the following Tuesday, 23rd February. The acrimony was clearly compounded by the fact that the proposed extension and its counterstroke, the designated amalgamation, had been for months matters of embittered debate on several public bodies on which leading witnesses on either side served together – the Board of Guardians, Chesterfield Gas and Water Board, and Derbyshire County Council. The verbal battlelines had long since been drawn up with little compromise on either side.

Three major weak points had been revealed. Firstly, although the corporation was eager to undertake the ‘sanitary evangelisation’ of Whittington, little effort had been made to remedy insanitary conditions of crowded housing right in the centre of the town. This referred to the ‘Dog Kennels’ area immediately south of Low Pavement, consisting of some 200 properties. The Chesterfield Improvement Acts of 1901 and 1904 had envisaged a scheme to sweep away this area by cutting a new street from Queen’s Park Road to Lordsmill Street, but this had been abandoned for want of funds; the main expenditure sanctioned under the Acts from the consequent loans had been devoted to paving, widening of the main streets, and constructing Infirmary Road leading from the Midland and Great Central stations to Sheffield Road. When Mr Honoratus Lloyd produced details of ‘pages and pages’ of the Dog Kennels scheme as set out in the 1901 Act, the borough surveyor was forced to say that he had not seen it, having been in Chesterfield only for four years, and that it had been abandoned before the extension proposals…

… According to Dr George Reid, a sanitary expert called by the opposition, many of the houses in the Dog Kennels were over crowded. They had open channels for drainage, stopped drain pipes, and many privies in a bad state. There were 224 houses in the area and a population density of 148 per acre. Nothing short of total demolition and reconstruction would meet the case…

… With reform in financial practice already in train, further unfinished business arising from the extension inquiry obviously concerned the condition of the Dog Kennels area, and this became the personal crusade of Mayor Charles Markham. Properties were purchased for demolition and a new thoroughfare made joining Queens Park Road to South Place, all this without cost to the borough. Charles Markham himself paid for the scheme, reputedly costing £10,000. It was completed by March 1912 during the mayoralty of the Duke of Devonshire who proposed in council a special motion of appreciation, unanimously approved. Of course the thoroughfare was named ‘Markham Road’. Most of the slum property of the Dog Kennels had thus been swept away; the rest went in 1914 when Tontine Road was constructed from Low Pavement to the Cattle Market.